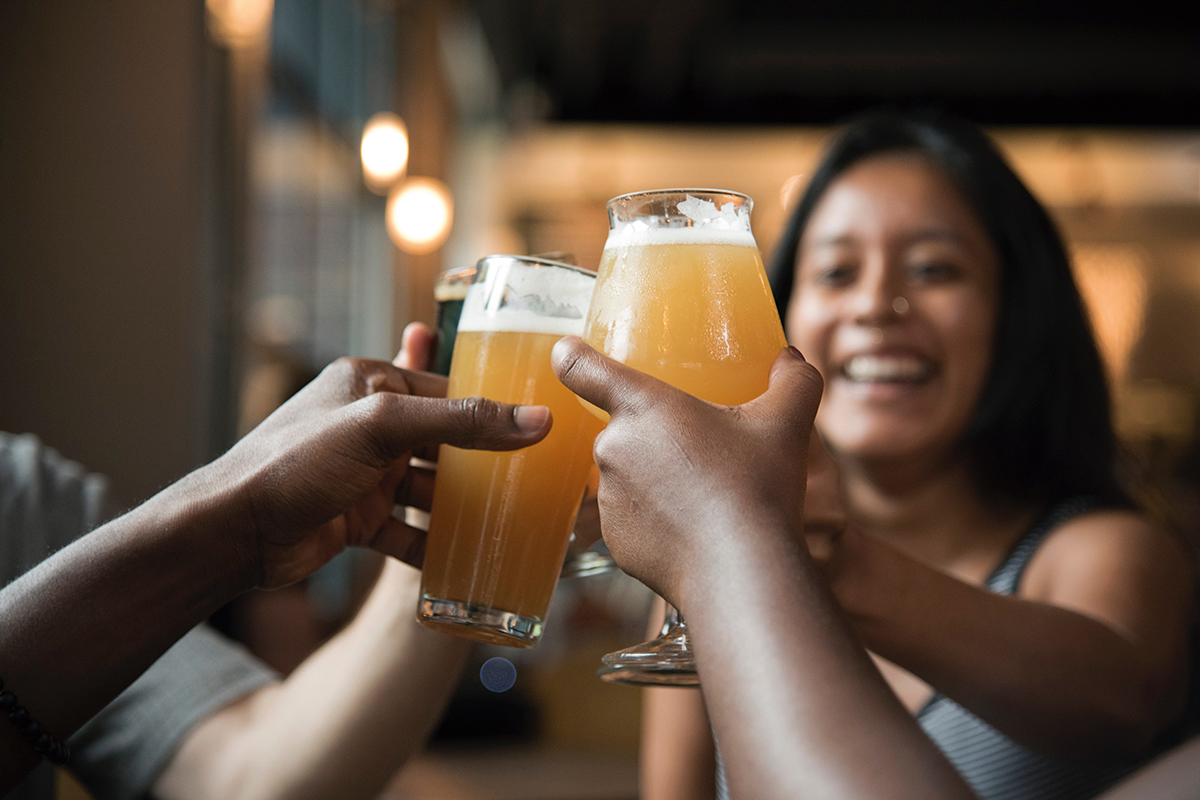 Regardless of season or celebration, taking closer inspection of our food and drink is a trend that continues to command our attention. And, here in New Zealand, our desire to know more about a beverage’s origins, its heritage, its ingredients and the thought-process behind its creation, means we’re reaching out to drinks that deliver an innovative twist, weave a good story and don’t leave a bitter taste in our mouths.

“Fifteen years ago, it was the same regional beers lining the shelf. Today, the craft offerings are ample – beer, wine, spirits – you name it,” he says. “It’s not just about ‘convenience’ as you grab and run, consumers want something more sophisticated, interesting, something that ticks more than one box – natural ingredients, locally made, reduced sugar, a good story behind it.”

If the demand’s there, it’s there for a reason, says Jason.

“With our Sundown Gin premixes, we saw a gap in the market to reinvent the ‘premix’ mentality of old – lolly drinks,” he explains. “Why can’t you pick up a gin premixer that is 100% natural, reduced sugar and made locally? We’re taking greater pride in what we’re bringing and sharing – we see greater support for this coming from our millennial generation too, not just the oldies.”

Darrel Hadley, co-founder of Good George Brewing, agrees. “Authenticity is what’s really driving this demand for craft brews. People are seeking out the new, they’re seeking ‘real’ flavours and a good back story to the brew too,” he says. “And the millennial generation really resonate with craft brews – they want brands that care about the environment – they want ‘real’.” 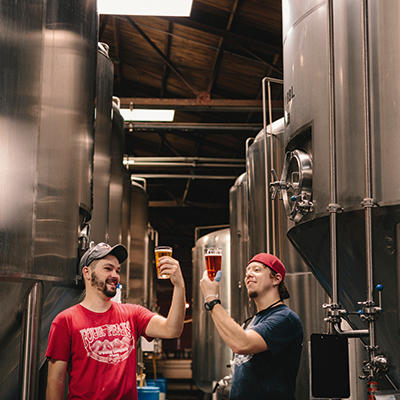 Good George began quietly humming away in the back streets of Hamilton six years ago – provincial pride and authenticity driving its production line. And despite its steady rise in popularity nationwide – and globally – not to mention brew bars and restaurants in the greater Bay of Plenty and Waikato districts, the company refuses to rest on its laurels. And, for good reason, says Darrel.

“We see ourselves as more of an experience than a product. In the craft brew market, you have to keep innovating – Good George released 28 new beverages last year – because you want your regular customers to have new experiences and you want to appeal to new faces. And it’s important to maintain that quality – for us, we’re committed to keeping it local and brewing from scratch.”

And at the end of the day, many of us are now hunting an ‘experience’ when reaching for a beverage, and craft brews meet that mission, says Jason.

“New is the new. Drinking levels are driving down and simultaneously we’re starting to come out of our shells – we want to try something different,” he explains. “And, there is such a saturation in the market of these craft brewers meeting that demand – people are working hard to stand out.”

It’s not just Kiwi consumers that are donning the ‘drinks proud’ badge and keeping up with the new kids on the block, the brewers themselves are wearing their creative hats 24/7.

“Craft brewers are naturally creative and intrinsically customer driven on more than one level. Many of us are fierce locals and advocates for good ole fashioned communication,” explains Darrel. “Alongside overseas trend research, craft brewers get close to their customers. They talk, question and ask around – ‘Is this good? What would you change? Suggestions?’”

And social media is no foe of the craft brew movement. “We use social media to run informal polls – for example, cider flavours,” says Darrel. “When you’re smaller you can create closer relationships with your customers. We can get to know the people not just the purchaser.”

Jason agrees. “We all want to feel like we’re playing a part in supporting local – it’s a proud moment when you pick up something off the shelf and you see it’s made in your town,” he says. “Feels good, tastes good – it’s a win-win.”

Explore and discover craft beer and cider using alpine volcanic water. Brewery tours – which run 1pm daily – showcase the first fully automated brewing system in the world. We also have a Trout Shoppe for souvenirs and off-licence. For a perfect indoor activity away from the cooler weather, pay us a visit, take a tour and settle in for bite and drink upstairs at out Bier Kafe which serves woodfired pizzas and 14 taps of Crafty Trout’s handcrafted beers and ciders. 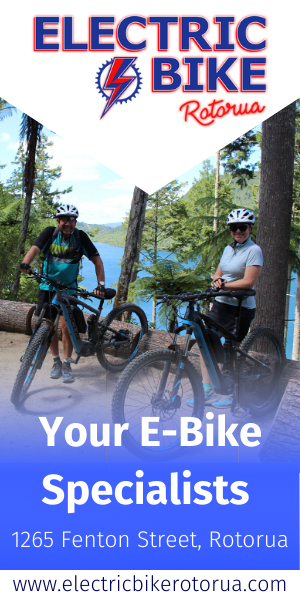